Here’s my first non-book entry in a while. Appreciate all the support from those of you that enjoy, and are reading Snow Cone Diaries, some private intellectual journeys that I have now shared with the public you might say. It’s been a long journey but here we are. Let’s all try and break through the matrix together shall we?

NB: If you want to read more of my stuff, as it was originally intended in a book narrative, take a look at my About page and follow the links there. I have two works coming out toward the end of this year and into next so you will have to wait a few more months for those – the first if Homo Mysticus and the second more philosophical work is a Gnostic reading of Kant which some of you may find interesting (and many of you perhaps not but I thought that book had to be written).

So we’re taking a break from the Homo Mysticus work (excerpts) and we’re going to get a few thoughts down on what seems to be a very popular topic these days – notably the illuminating power of certain hallucinogenics and their relationship to religion – through shamanism (via Mircea Eliade[1]) then through Greek Mysteries (Carl Ruck, Gordon Wasson[2]) and then into early Christianity, Gnosticism and the like until the traditions were killed off by the Christian conservatives in the 3rd, 4th centuries CE (fellow Brown Classics alum Brian Muraresku[3] and the one and only Graham Hancock[4]). Homo Mysticus itself is written around a mushroom trip I had in college actually, a retelling of sorts.

Not sure how I fell into this particular rabbit hole but the suggestion more or less from this material is that shamanism as loosely defined by Eliade goes back to 40,000 years ago more or less, is evidenced by the cave art which reflects sacred spaces of ancient man, carries forward into aborigine cultures in the Amazon, in the Siberian highlands and even into the Australia aborigine culture (and of course Africa) and basically rests at the heart of religion as we understand it today – in other words, in this context we can see Abraham, Moses, Jesus, Mohammad, Zarathustra et al as shamans effectively, following the classic hero journey (Joseph Campbell, Hero with a Thousand Faces, 1949) into the underworld and back again. Conquering fear, and ultimately death, along the way.

So yes, direct spiritual realization you might call it rests at the heart of every religious (and spiritual) tradition, even if the tradition itself is warped by conservative ritual and dogma after the fact (like Judaism, Islam and Christianity for example). Not sure this is disputed really, even though the underlying reality that is spoke of in these visions or revelations of these great seers is. What we have going on right now is an awakening into the power of these hallucinogenics to reveal more or less to everyone (given the proper guidance and preparation) the seemingly paradoxical and otherworldly truths which sit at the heart of these tradition as taught by their respective prophets.

I am pretty much on the same page with all of this. Where they lose me is the over emphasis on hallucinogenics as not just facilitators of these doorways to other worlds you might call them, but their exclusivity in being the only way to open such doorways. In their enthusiasm for the discovery (in the role of hallucinogenics in spiritual realization in pre-history and classical antiquity) they have over-emphasized its relevance you might say.

Much of this writing emphasizes the use of hallucinogenics to reveal these spiritual truths, as if in the event the revelations occur these substances must have been used – like the argument made by Hancock for example. What must be understood is that even though they facilitate these altered states of consciousness within which these otherworldly truths can be experienced, they are not absolutely necessary – as we see quite clearly in the life of Ramakrishna for example, or his greatest student Vivekananda for example, these were ‘realized’ beings, shamans in the Eliade sense (avatars in the Vedic sense) and no hallucinogenics were required to bring about their respective realizations of this otherworldly phenomena we might call it.

In fact most spiritual teachers that are worth their salt issue stark warnings in the use of said substances, or spiritual practices more generally in fact. Why is this? Because if you want to go to uncharted territory, to climb Mt Everest you might say, you should be properly prepared. Otherwise you risk losing yourself, or in this case, losing your mind.

Having said that, these substances do in fact play an important cultural role in prehistory (again Eliade) in facilitating the true understanding of who we are and why we are here, the basic and most fundamental questions of life. These substances are used as rites of passage, with again the proper preparation and guidance, to elucidate such questions, and others and the profession of shamanism if you may call it that is almost ubiquitous in these aborigine societies. They are healers after all, and they get their healing powers from the spirits which guide them in these other worlds, and every society needs healers – this much seems pretty clear.

Do we care that early Christian Gnostic sects carried on these Hellenic mystery traditions, Eleusinian and others (Allegro[5], Muraresku, Hancock) and perhaps were squashed along with the rest of pagan traditions as Christianity took hold in the Mediterranean in the 4th and 5th centuries CE? Is it really relevant today? Perhaps to know that even early Christianity was influenced by these ‘mystery’ traditions, borrowed from them perhaps, is interesting and historically relevant but does this mean Jesus was partaking? Or his students and immediate followers? Not necessarily. Not probably.

Hallucinogenics are not the only way to these altered states – meditation is another, chanting dancing and music is another… There are many ways, and sometimes – as Nietzsche can attest to – it just hits you in a flash and bang, just like that you are never the same.

I guess the point I am making here is that everyone should just settle down a little, and perhaps sit on that next ayahuasca holiday vacation you have planned. I know everyone is all excited but be careful what you wish for. What’s to say you can handle these otherworldly truths that you are so enthusiastic about pursuing? You can barely hang on to life as we know here on the physical plane.

There are all sorts of things to focus on from a practical standpoint to make your life, and the life of those around you better, and they don’t involve losing your mind on hallucinogenics to elucidate an altered state of consciousness that may or may not lead to some sort of spiritual breakthrough, whatever the heck that is.=

And if you’re going down that road, I suggest you spend some time with Patanjali – the author of the science of Yoga who lays things out pretty clearly. There are eight limbs, and only the last one is where you lose yourself in God consciousness.[6] The rest of them just make you, and those around you, a better person.

And call your mother.

[2] R. Gordon Wasson, Albert Hoffman and Carl Ruck. The Road to Eleusis: Unveiling the Secret of the Mysteries. First published in 1978.

[3] Brain Muraresku. The Immortality Key: The Secret History of the Religion with no Name. 2020

[6] You can find these here: https://snowconesdiaries.com/2014/03/05/the-royal-yoga-patanjalis-eight-limbs/ 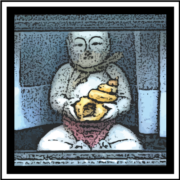 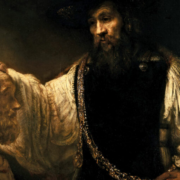 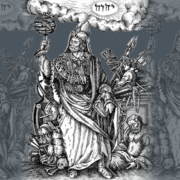 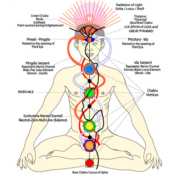 Energy and the Human Form 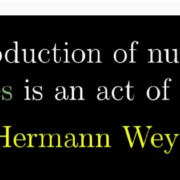 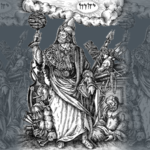 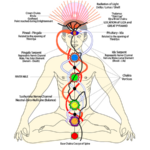 Energy and the Human Form
Scroll to top